What began as a wish to see a tiny photo of herself in a magazine, at the age of 14, oozed into embarking on a modeling career, to today being a role model to many and a Philanthropist. Hawa Barry-Diallo is the name behind the Guinean Women Development Foundation and it’s main sponsored program in the U.S, The  Miss Guinea North America Scholarship Pageant. Through this program, she is molding young Guinean women to reach their highest potential in the U.S

Established in 2008, The Guinean Women Development Foundation ( Then called the NImba Foundation) helped lunch the  Miss Guinea North America (MGNA) in 2009. This program is more than a pageant, it is a groundbreaking platform where Education, sisterhood, partnership and self-worth is garnered. Pageant girls are perceived as invigoratingly beautiful, stylish, persuasive, with a killer walk and smile. When they are ushered off the stage, this is what Mrs. Diallo wants to know from the crowned Miss, “after the pageant, what are you going to do? did you learn anything from our Pageant week that you can apply in your life for the future?”

“I want to be a big sister, a role model to every young girl that comes my way no matter where they are from, what color they are, what religious background they come from” expressed Mrs. Diallo.

Since the launch of MGNA, she has been exactly that to the pageant girls and other community girls, a big sister and a role model. “During pageant week, she took us out to dinner and gave us advice, just like a sister. Even after the pageant she’s been supporting me with projects that I do outside of Miss Guinee,” said Fatoumata Diabate, the current Miss Guinea, about Mrs. Diallo.

The person who takes home the MGNA crown  earns a scholarship money to be applied towards her studies in a comunity college and or a University in the U.S/ Canada; traveling opportunities, is pampered with beautiful designer clothing, and has the utmost support and guidance from Mrs.Diallo and the other three board of directors. Although not all of the contestants get to be the recipient of a 1000-$3000 US Dollar scholarship, what they all walk away with is a polished look , a sense of security and a determination to be Educated and be successful and of service to others. Mrs. Diallo plans on working with community colleges and universities in the U.S in a partnership that will give access to scholarship for Guinean girls.

A Sense of security in herself is something that the former model always embodied, and for that, people have always pleaded her to consider a modeling career. “You are so beautiful,” said a woman  Mrs. Diallo met in the 90s, in Philadelphia, before she decided to officially move to New York and  dedicate her time to modeling. “I hope to see you in a magazine one day”. In 1999, Mrs. Diallo got a taste of the American Dream, as she “landed her first big time paid job after only being in the US modeling industry for 3 months.” “I’m just a normal girl from Guinea. I can’t believe I’m standing next to all these people,” said the former model with disbelief.

At the time, she competed with hundreds of other talented individuals, but something about her stood out. She became a sought after model, snatching away every job opportunity there was with her dazzling beauty and got-to-have-it attitude.  Her agency loved her, the camera loved her, and so did her fans. Just at the crux of her modeling career, the Guinean beauty decided to leave it all behind, settle down and start a family. Her friends and colleagues thought she was out of her mind for making the decision to drop modeling. But as Mrs. Diallo put it, “I don’t regret it.” She’d taken off a robe that brought her publicity and put on a robe that gave her the might to empower young women. “As long as you do something to make a difference, you are giving back,” Mrs. Diallo said.

All aspects of her life mirror a desire to make a difference and succeed. The former model, also, since 2001  has been co-owner of EZ Rehab Solutions, a Maryland-based physical therapy clinic. While these young women have had their taste of stardom after joining the MGNA pageant, The Guinean Women Development Foundation has so many other programs in the U.S and in Guinea that we are currently working on. We hope you join us by donating to our programs, volunteering and even traveling to Africa with us on our annual volunteer work programs. 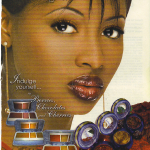 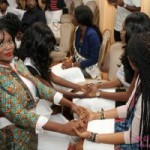 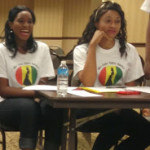 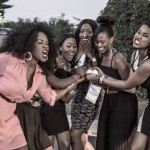 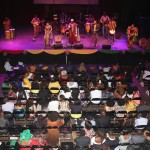 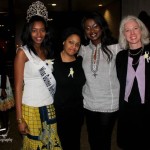 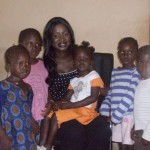 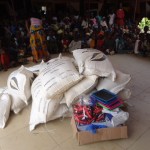 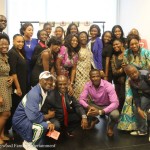 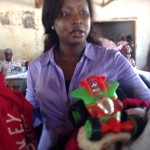 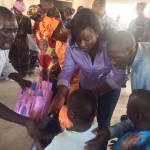 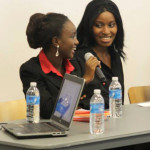 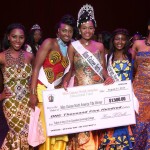 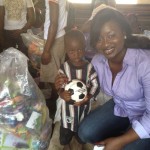 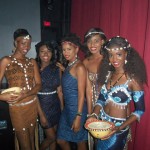 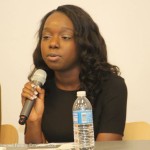 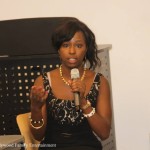